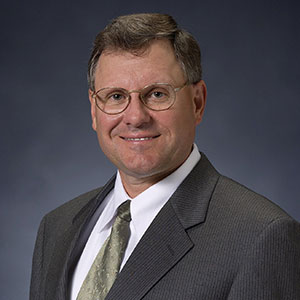 F. Stephen Sheets was born in Evansville, Indiana. Steve received his undergraduate education at St. Meinrad College and his Juris Doctor from the University of Notre Dame in 1982 . He was admitted into the bar in 1982. In 1999, Steve was the 129th Attorney in the United States to be certified as an Elder Law Attorney by the National Elder Law Foundation.

Steve and his wife Helen have been married for over 40 years. They have three children: Veronica, Christina, and Andrew.  They also have 3 grandchildren: Jake, Easton, and William. 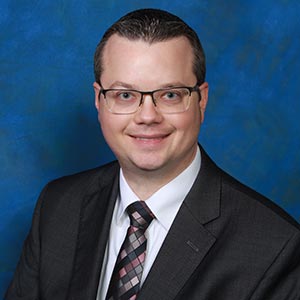 Steven T. Charles was born and raised in Evansville, Indiana. He graduated from Harrison High School in 1999. Steven received a B.S. in Computer Science and a Minor in Business from Indiana University in 2003.   Steven graduated from Western Michigan - Thomas M. Cooley Law School. Steven was admitted into the Indiana Bar in 2012.

Steven and his high school sweetheart, Lindsay, have been married for 14 years.  Steven and Lindsay have two sons, Burley (5) and Emory (3).

Steven's hobbies include spending time with family and friends, watching the Indianapolis Colts and Indiana University basketball, fishing, and grilling.

Steven is on the Board of Directors and a parent member for Mended Little Hearts of Evansville and he serves as a board member for Guardianship Services of Southwestern Indiana. Steven is a former member of Green River Kiwanis.

Lindsay Blessinger Charles was born and raised in Evansville, Indiana. Lindsay graduated from North High School in 1999. Lindsay graduated from Indiana University Bloomington in 2003, and received B.A. degrees in History and Criminal Justice and Minors in Political Science, Spanish, and Western European Studies. Lindsay graduated from Western Michigan - Thomas M. Cooley Law School and was admitted into the Indiana Bar in 2013.  Lindsay is currently a candidate for the LLM Masters of Elder Law degree from Stetson University.  Lindsay received the highest grade in the course "Guardianships and Alternatives" taught by Professor and Elder Law Attorney, Ed Boyer, during the Fall 2019 term at Stetson Law School.

Lindsay's hobbies include spending time with family and friends, crafts, reading, IU sports, volunteering, and advocating for the elderly and special needs children.

Lindsay was selected as a member of the Evansville Courier and Press and Business Journal "20 under 40" 2019 class.  Lindsay was also the 2019 Woman of Action recipient for A Network of Evansville Women (ANEW).  This award is given "to recognize members whom have exhibited outstanding achievement in either volunteer commitment, professional accomplishment, personal accomplishment, or a combination of these areas. The recipient of this award goes above and beyond the norm. This award serves as a way for ANEW members to honor fellow ANEW members."

The information contained on this web site does not constitute legal advice. It is intended to provide general information and does not establish an attorney-client relationship. Recipients of this information should not act upon it without consulting with legal counsel as individual situations and facts vary.